We sat for a casual and – brutally – honest chat with Danil Nevsky during Bar Convent Berlin, the founder of the platform The Indie Bartender about the 4 golden rules to bartending. Dan has been working in the industry for 15 years and he has been nominated in the Top 100 Most Influential in the Hospitality Industry list (Drinks International magazine) for the past few years. He was the co-owner of Cocktails for You and he travelled for 16 months in 11 countries for the ‘Vagabond Project’, working in bars around the world from Scotland to Dubai, Los Angeles to Amsterdam etc… 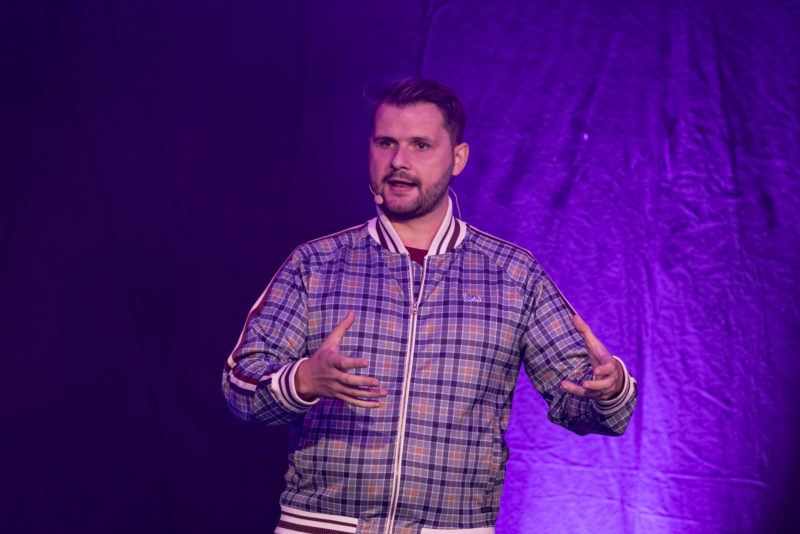 Danil Nevsky is a professional gipsy as he likes to call himself, in 32 years of existence he has lived in 6 different countries and gave up to understand who he’s aligned with at this point, he is currently living in Barcelona. His main goal is to provide independent meaningful marketing solutions for spirit brands and empower the bartenders worldwide. He is a restless, passionate and unfiltered bar industry figure and he came to BCB as a speaker + hosting events for brands.

Dan doesn’t consider himself as being disruptive, he has the courage to speak out loud when many prefer to whisper and send memes in group chats. Whether you agree or not, he is always open to talk and take accountability which is really refreshing. He recalls, in Scotland, for his first job, his boss asked him to arrive 30min before his shift to eat breakfast, drink coffee and read the Sunday newspaper so he would be able to hold a conversation with the guests. Of course Dan was hangover and late and his boss was upset , he admits ‘you usually learn through mistakes and you get better at whatever you’re doing’. His boss told him ‘you don’t have to be into sports for instance but you need to know what’s happening. Because you need to interact with guests. Guests don’t care about an extensive talk about a cocktail and knowing a personal thing about the regulars will give you an edge as well.’ He was never late after that. And this is the first piece of advice he is offering to the young generation of bartenders (it won’t hurt others to take a look as well). First of all, because we are at BCB, let’s talk about trends:

Talks about trends are usually pushing an agenda. Realistically google trends will tell you how popular the search has been going on different markets and during a timeline. Google will be more reliable than asking a bartender somewhere what the next trend is going to be! In any case a bartender working 70h/6 days a week in one location, will have no idea.

Cocktails are popular during Xmas time (in the US) when people make cocktails at home but other than that the average person will not search about how to make a hot cocktail using the bain-marie technique. You can find micro-trends popping up here and there but that’s going to be industry specific like for instance, this year a few bars in different places that don’t know each other have been putting hot drinks on their menu. Rumble in the Jungle, the speakeasy bar at BCB was making one, that’s cool and could possibly become a trend thanks to BCB.

The trendsetter number one was Jeffrey Morgenthaler with his blog, he is no BS. He put many recipes online that he tested hundreds of times. He even put a cookies recipe in his blog which is not drinks related, and we know for sure that it’s going to be a good one. So if you put a recipe online, don’t do it if you haven’t tested it beforehand!

Bartenders don’t know how to use social media and social media is your CV! Only 5% use it accurately to reach their goals, 30% try to copy and the rest is doing it because their boss said they had to. We are admin of our space on the internet, we are in control. It’s work, it’s not easy but you should always wonder if what you post is making sense. You could just try to answer that simple question: what’s your purpose, before posting something. The goal for a bartender could be to grow his online influence with local guests, he could then use that leverage to get a raise.

There has been a mass-market adoption of QR codes and social media during covid but now it has reached a stable point. There is no new normal, it’s the same BS, people drink when there are sad, happy, bored and mostly they need to socialize. We are not solitary wolves and of course internet cannot replace human interactions, they have always been gathering in cafés, public houses and the owner was playing the role of social media by spreading what was happening. Now we see home drinks influencers taking nice pics of terrible drinks and we should try to battle that influence. 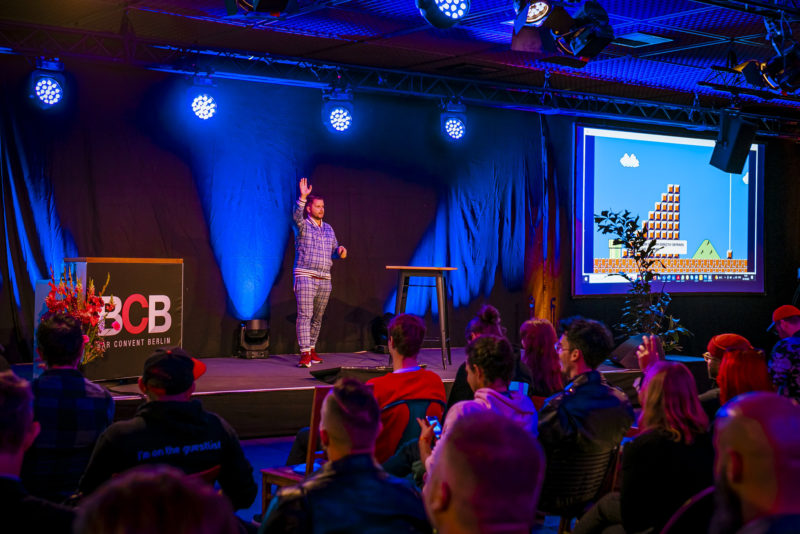 3. Take responsibility for your sh%t

We should talk more about real issues like the cocaine issue in the industry but nobody wants to talk about it. Wanna talk about hostilities between two parties? Interview both sides of the story. Many industry magazines don’t do journalism, they copy paste the press releases. Journalists are usually wiser because they get out of their comfort zone and they end up dealing with issues. We should always be aligned with our values and in some cases not doing something is still doing something. We all do dumb jokes, if you get called out, just own it. That’s the difference between being an adult and a child, being drunk, doing drugs. For those who don’t want to grow up, that’s the Peter Pan syndrome and many bartenders are still stuck in its shadow.

4. A bar is a business place with a party atmosphere

A boring c%nt cannot show a good time, you need to be rested, cultured and you need to know how to speak about stuff. You can get the atmosphere of a bar within 30 sec. after you enter the place and you can’t teach bartenders about that. Many bartenders are too obsessed with the techniques behind drinks they forget that drinks are equally important as hospitality. Free shots are not hospitality and you don’t go back to a place where drinks are bad even if the hospitality was ok.

To become a good bartender you’ll need to balance the theory and the practical. Yes, bartending schools can fast track you to learn recipes but you’ll also need mentors. But the problem with mentors is they pass the good and the bad so you’ll need to go ping ponging between these ‘shamans’ and formulating your own. Unfortunately there is no cordon bleu school for bartending and anyway you cannot teach how to read a room or a person in class. Feeling energies comes with experience and bartenders are hyper socialised, after a short while they can feel if people are c%nts. You’d need to learn about what’s happening in the kitchen as well, like learning knives skills would be really important. Bottoms line, bartenders should be more like conductors in an orchestra because bartending is about tending the whole bar, not only about making complicated drinks.

French people have a certain standard when it comes to F&B compare to Spain for instance. In Spain people will be ok to drink shit if it’s cheap. Quality is important for French people and we can see there is a new wave of drinking in France. It always comes in cycle, there is a good generation of bartenders becoming bar owners, ambassadors and we can see a ‘renouveau’ happening, not only in Paris but in Bordeaux, Lyon etc… which is nice.

’to sustain in this business you’ll need to have a passion for it and ‘f%cking love it’ because that’s not easy.’

We can feel Dan’s passion for educating the younger generation of bartenders, of course as he was saying, you’ll need to form your own opinions and you might change as you evolve and learn more and that’s ok. Stay curious! 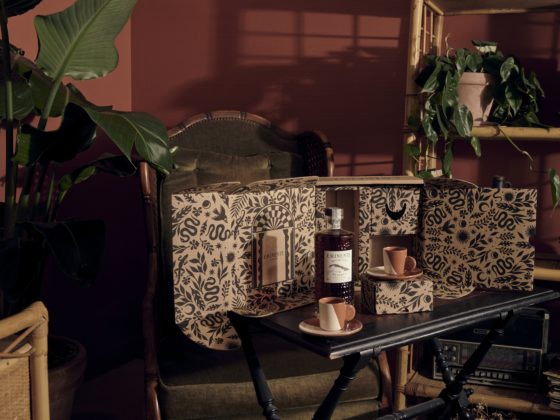 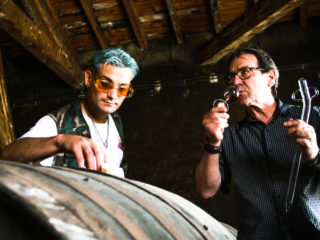 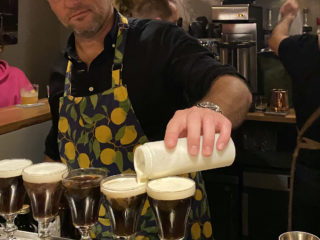 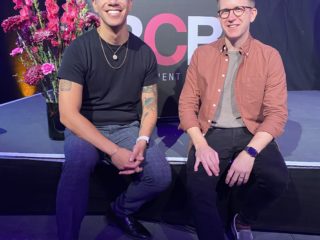 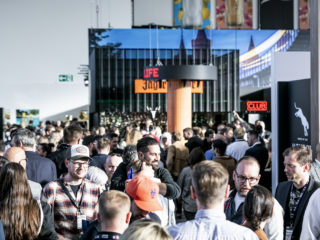 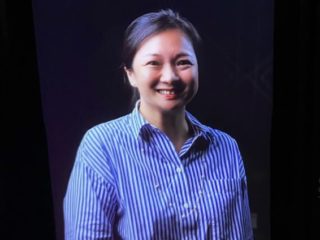 Angeline Tan, Three X Co (Malaysia) « We use local ingredients that are related to our culture » 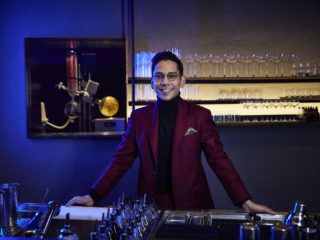 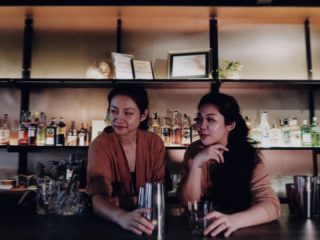 Shirmy Chan, TERUMI the tender bar (Malaysia) « We hope to restore a hint of tenderness in your daily lives » 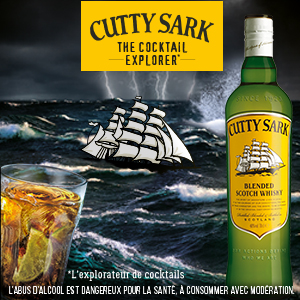